You are here: Home / Blog / Let’s Talk About Exceeding Capacity!

What a crazy idea..building the capacity we need, and maybe a little more? YES! That is exactly what I am talking about.

Today, as I am writing this, I’ve had three zoom calls with three clients who are all struggling because they have not built enough capacity. One is a national nonprofit who, for decades, lived with the mindset they could not spend money and had to make do with whatever they have. So they now have an antiquated database that won’t function as they need it to, and multiple staff who all have to take on an assignment, because no one was ever hired to do it and they all took on one aspect of it (hence using 3x the human capital). Another is the development department of an organization raising several million a year. They had just enough staff to get by – until several decided to resign over a period of four months. Now they are scrambling to manage a huge year-end appeal which brings in $1 million plus drastically short-handed. The third is an Executive Director near burn-out, because he never had funds to hire staff, launched a capital campaign short-staffed and is trying to perform the jobs of at least three people. The bottom line here is you can get by – until you can’t!

We need to build capacity for the future our communities want. We need to transform how we function in the nonprofit sector. And this is the time to do so, to imagine what is possible and invest the resources necessary to achieve it. As I was lamenting the calls I had this morning, I ran across this article in Non Profit Quarterly, “Don’t Rebuild, Upbuild! – Reimaging Nonprofit Infrastructure,” by Tiloma Jayasinghe, which I encourage you to take a look at.

To quote from the article: “Upbuilding is what happens when infrastructure is defined expansively, centering humans and communities, and with a strong equity, anti-oppressive lens. Upbuilding requires having the willingness and imagination to question why things are the way they are, whether they serve or oppress, and whether they can be done differently. In short, upbuilding means building something new and different as opposed to recovering and going back to “normal.”

The time has come…

Not a
Danosky & Associates
member?

Gain unlimited access to our library of blogs, webinars, podcasts, articles, and our virtual consultant office hours that will help your nonprofit achieve your vision and fulfill your mission.

Like what you see? There’s more where this came from!

Become a Danosky and Associates NPO member to gain unlimited access to our library of blogs, webinars, podcasts, articles, and our virtual consultant office hours that will help your nonprofit achieve your vision and fulfill your mission. Learn new strategies and skills, such as: how to integrate your vision, mission and long-term objectives, generate new systems for innovation, build a stronger board, create a compelling narrative, reach your fundraising goals, and plan financial scenarios; along with more special surprises throughout the year. For only $49 a month (or $450 a year), you can acquire the tools you need to build a better world. 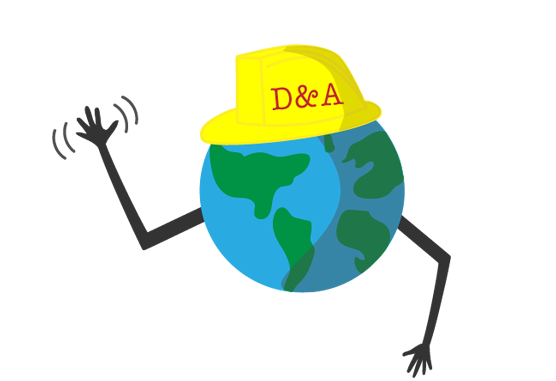 We provide nonprofits the guidance, support and tools necessary to build a better world.

Every nonprofit will have the capacity to fulfill their missions and make the world a better place.

Danosky & Associates is an action-oriented, results driven consulting firm that builds nonprofit capacity, applied through an equity lens with innovative strategies for an ever-emerging future.